How the East Lake Ministry Began 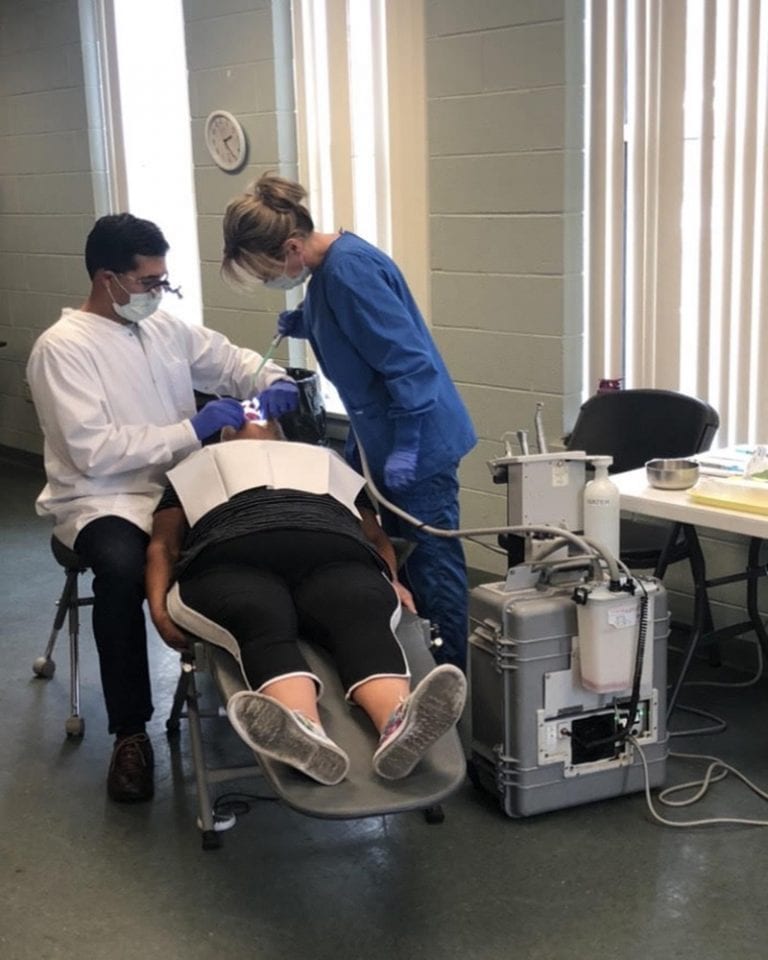 David and Mary Anne Turner are Sabbath School leaders at McDonald Road Church with a passion for outreach. Here, Mary Anne shares how their ministry in the East Lake Courts area of Chattanooga, Tenn., began.

We have had people ask how our East Lake Courts ministry started. Here’s how it all began. Our daughter Melissa worked for the city of Chattanooga who was involved in getting a small library into each area recreation center in Chattanooga at that time. Through this project, we met Jessica Lawrence. Jessica has lived in the East Lake Courts for over 30 years. She is a lady with a heart for children. She has had an after-school tutoring program and a summer camp for children at the East Lake Recreation Center for a number of years. She at times has even used her Social Security for food for the kids. TVA got a computer lab going for her and John Creel a retired news photographer runs the lab. In the summer they keep the kids up to par for the coming school year. The last several years Jessica has asked us to do a VBS for about 25 kids who attend the summer school.

Occasionally we would get a pickup truck load of day-old bread and take it to the Community Kitchen. In 2011 when the tornadoes struck, McDonald Road church member Warren Oliver had a friend that gave him day-old bread to distribute to the tornado victims. As people started to get back on their feet they didn’t need the bread. Warren heard of our occasional trip to the Community Kitchen and said don’t buy bread anymore, stop by my house and get what’s not needed anymore. So we did.

It was just before Thanksgiving 2011 when we stopped at the Community Kitchen with a load of bread and were told they couldn’t receive it because around the holidays people drop off a lot food. We looked at each other wondering what we were going to do with a pickup truck load of bread. We decided to go over to East Lake Courts to see if Jessica knew of people who could use the bread. When we drove in, Sheila was barbecuing on an oil drum grill. We asked her if she could use some bread. She said yes, and in her big outside voice announced, “free bread” and people began to come out. We made several stops throughout the Courts and the bread was taken. As we continued to come back each week the people said they didn’t know we were out there, so we began taking phone numbers to call and let them know we were there. I now make 70 calls each week.

We were giving out literature and Bibles and wanted to have an SDA church to introduce them to. So we decided to make an appointment to meet with Pastor Mills at the New Life SDA church at the corner of East Main and Willow, about a mile from the Courts, to talk about partnering together with them so we could send interests there. He introduced us to Gustinia Stewart one of their Bible workers and she started going with us to pray with people and pass out literature.

A while later, Jack and Janice Parker started going with us too. They are affiliated with the Samaritan Center and were given boxes of food to take down. We helped New Life get reconnected with the Food Bank. The Food Bank in turn got New Life connected with several grocery stores to get nearly out of date food. They go out several times a week to collect the food in the church van. They make up food boxes every other Tuesday and distribute about 74 of them from the church. They also give out clothing. While the people are waiting, they have them come in to the room next to the distribution room and sing and have a devotional with them. They have gotten Bible studies started doing this. They have a church sign out front that they can change the message on and let the public know when boxes are available. They have had no lack of participants.

The Salvation Army across from the Courts has been good to us to let us use their facilities for free. Our DOC Share Him group has held several health fairs and cooking schools there. At one of the health fairs, Dr. Nick VanZyl noticed that almost all that he did an oral check on needed a tooth pulled. He bought a portable unit and holds a free dental clinic the fourth Sabbath of the month. The first 15 people are seen. They are so grateful! Some work two jobs, but have no benefits and cannot afford to have a tooth pulled that is infected or broken. This last clinic one lady had ten teeth pulled. Our granddaughter Mary worked in the Biology department at UTC last year. A veteran called in to see if UTC had a dental school and students that did free work. She told him no, but that her grandparents were involved with a free dental clinic at the Salvation Army in East Lake. She told him about our dental clinic that was coming up that weekend, and he showed up. He said what an angel she was to get him all the info. He was so grateful to get rid of the awful pain. Dr. VanZyl has many satisfied customers. He and his wife have a reputation for being kind and gentle and the word has spread around the community and beyond.

Our daughter Cathy, our friend Pauline Beaulieu, our truck driver friend who uses his wait time to knit, and all of the folks at McDonald Road who make all of the lovely homemade items, they are very much appreciated. The recipients feel special knowing someone took the time to hand make this for them. We gave some scarves out at the dental clinic and some of the folks that were very nervous put them around them like a comfort blanket.

We appreciate all of you who are involved with us in this outreach—who give us Bibles and literature to be used; who have taken time to make the scarves, mittens and hats; who save plastic grocery bags to use; who donate for expenses; and to our church secretary Eva who makes attractive posters to announce date and time for the Dental Clinic. And we especially appreciate all of you who pray for us. Thank you all!

Creativity Flows at Wednesday Night Out

Looking Back at Pathfinder Sabbath