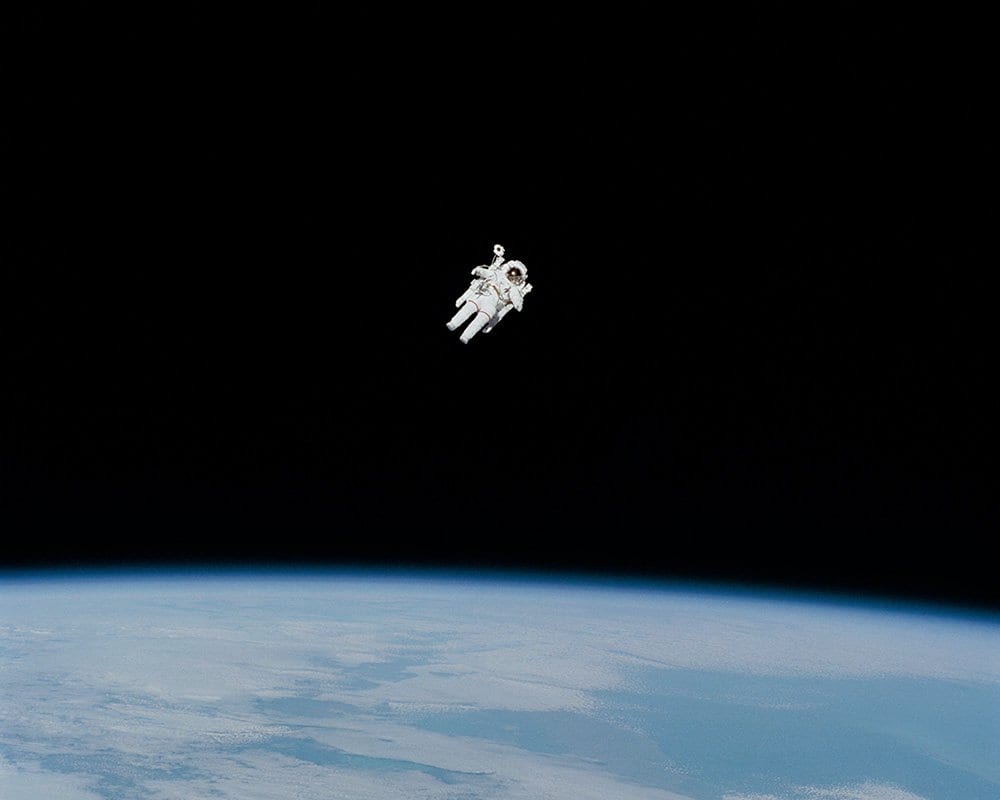 by Nels Angelin /Photo by NASA on Unsplash

Searching the glories in the heavens above is a delight for me to see the handiwork of God wherever it is found when you know God is the designer and architect. The worldly secularist is certainly tantalized by the expanse of the heavens too, but, there are the mysteries found in microcosms of tiny things, in systems so small they appear invisible. There is a universe in both directions to reveal the wonders of who God is.

But, it disturbs me to see what the mind of man is saying today. Research and practice are finding the majesty of the mysteries small and great, but conventional thinking is that it all created itself. It is not at all surprising that men are baffled by the very wonder of life itself. This world is filled with life. Complexity of life. A palette of color and design in the tiniest flower. The majesty of a forest of waterfalls and lakes.

Looking in every corner of the observable universe afar, there are other galaxies of all sizes and colors and shapes. Even mimicking a floral bouquet. But, where is life? Oh, and in many nebulae are grandeur of design that conventional thinking ascribes to a star the has died or is being born. Space is unbelievably large. The palette of color fills a canvass of light years. But, life, to find it, remains hidden. You see, what is going on is that the scientific minds are intent to describe what they find in terms of what they know. But, what is known must fit the pattern of a theory. Concepts of cosmology, or even more accurately should be called, cosmogony. Science, so called, the terms are designed to fit the concept of evolution. Nothing that fits the view of a Creator. Design, but no Designer.

We are now an advanced society of exploration into the cosmos of our own neighborhood. Technology has brought us closer to many worlds that have been long known, but a closer view reveals startling surprises never expected. Little moons traveling in the grip of the host planet are squeezed by the forces of attraction and squirt plumes of geysers miles high. A tiny planet demoted from the lauder of planethood sports mountains of mysteriously formed ice, ice volcanoes and, indeed, a complex atmosphere. The principle investigators are wise in their own fields of study but are bound by the principles of their own devising and reason, yet guided by the sure laws they know and must follow. Where is the life out there that is like us? How was it formed? Are we alone? And, what is life? It will remain elusive till our race comes to know the foundation of the mysteries and the Founder of what we call life. Beyond the definitions by the processes that men define for themselves is another mystery that is certain. It is the judgement of God.

We are privileged to have the word of God and to know God by faith He has provided to understand. “The Spirit searches all things, even the deep things of God. For who among men knows the thoughts of a man except (by) the man’s spirit within him? In the same way, no one knows the thoughts of God except (by) the Spirit of God.” I Corinthians 2:11 RSV

The perspective of time is illuminated for us by the word of God. The time we have for living on earth is limited and will soon pass away. Jesus as ruler of time is coming again. This world is destined to a determined end. Secular science fits their cosmology based upon the premise that death is a normal process of life. Out of necessity, death must fit the equation of life. Eternal life is unknown because they do not know nor understand the Eternal God. The judgment of God does contain a certain promise. There is a second death that is final and the curse that formed death- will end. The universe will no longer be defined by death. “God shall wipe away all tears from their eyes, and there will be no more death.” Revelation 21:4

I am disturbed by the trend that is moving the intentions of men to further infiltrate the domain of God in the name of exploration. Space travelers take the pains to decontaminate their vehicles in touching other worlds. That is a noble trend, but the contamination is beyond the particles that may be transferred, or skew their study of alien materials “unearthed.” My concern is, for expanding their quest to search other worlds, the taste for contempt of God is the taint that moves the data to be a search for answers that explain what is want to be found by the mold of a predetermined theory.

Kurzgesagt, a lecturer in his series “What is life in a nutshell” says, “Life is fundamentally different from dead stuff—or is it?” Life then is revealed by, or as reincarnation. Do you think so? Quoting a physicist Erwin Schrodinger to define life; “Living things avoid decay into disorder and equilibrium.” Listing among properties assigned to “life”: “It grows and develops, and makes more of itself.” Ah, but then… it must be included to conclude, “It is subject to evolution.”

Do you notice the trend here? Modern science is consistent with what the serpent said to Eve. “You shall not surely die!” If you look, there are elements of truth, a scrap of truth stretched over a skeleton of a lie. But, the lie is ever-present at the very foundation. God is not in life if you choose to believe it. That is the prime factor of secularist thought. The enemy of God requires you to believe. You see, God requires you to believe and we call that faith.

The very fundamental fact of life vs. death is “Do you believe God.” My view on this matter is how God must have felt when Adam and Eve turned and chose to believe the serpent. They did not anchor their safety to belief God. Now it is for us in the chronicle of time when Jesus will come. Do you believe God enough to trust Him?