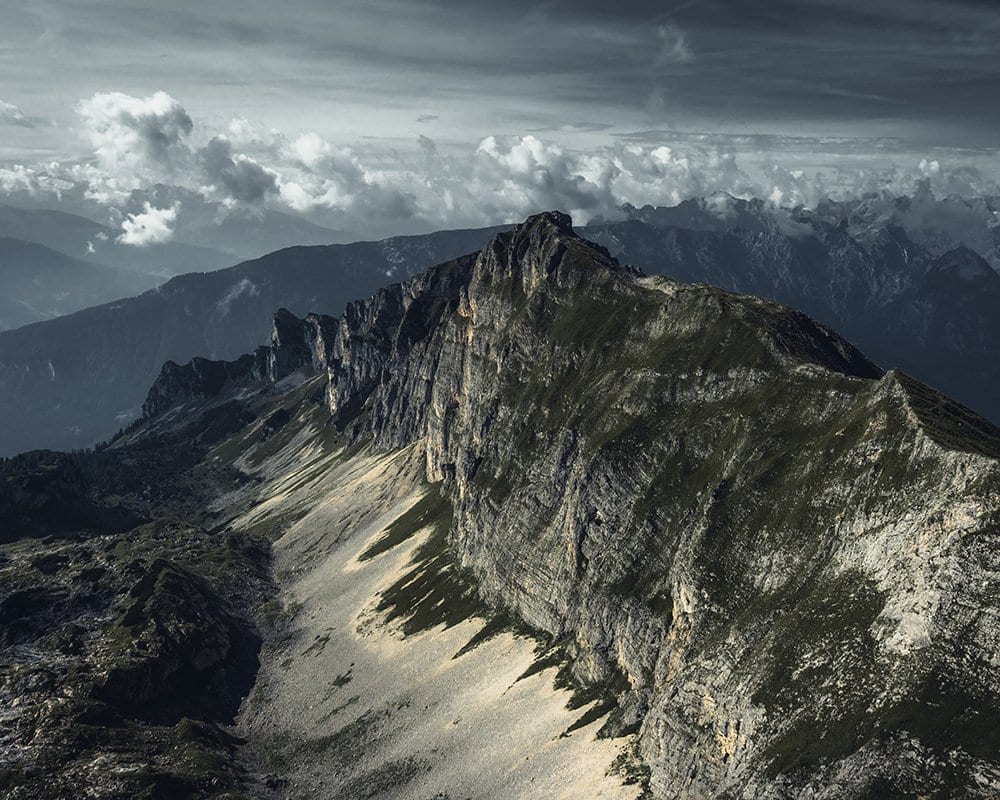 This is Part 2 of The Glories in the Earth are Telling. Find Part 1 from August 2020 here.

The great flood of God with Noah has truly marked the history of this planet by the judgment of God that left the entire world empty. Not a living person remained, other than the eight preserved on the ark. No other animals survived. The face of the planet was radically changed, and continued to change for some time after.

God chose each action for reshaping of the world damaged by the action of sin. The event had no isolated weather pattern out of control. Since it came from God directly, what took place came by design of the Creator. It was permanent enough there are marks left that can be seen today after thousands of years from what took place. Look at the twisted and folded rocks south in the highway cut of Cleveland at I-75.

More than just the surface of Earth was affected. Deep into the mantle of the planet while the rocks are still plastic, moving with rapid, catastrophic forces to shape rock in this way with design only God can perform. Even beyond our world, outward to the universe around us has been altered from the event. Death of stars is said to be seen. How is that? Sin had to be dealt with. Sin was the choice of man that originated the dynamics of death. God’s original design of creation had no death. The consequence of death, by its nature, moved out into the cosmos as well where there had been no death. Anchor that thought for now.

For this reason, men who do not know God or understand His nature, in the reasoning of men, they totally miss what took place. The imaginations of men reflect the twists of their theories of origins, and the very working of the nature of Earth called Geology and related sciences are based upon what they see. There is no God in science. Long ages are proposed to explain how the earth is working today. Men are their own experts to explain, in their own terms the dynamics of the Earth and by the same plan, outward to the universe they know even less than they know of Earth. Secular science and the known laws of science are listed and shaped to be isolated from the author of all nature. So, what took place in the flood?

Likely there were rumblings felt while the ark was rooted on land, an omen that something was about to happen. When the door was shut, judgment was visited and time was no longer. “In the second month, the seventeenth day of the month, the same day were all the fountains of the great deep broken up, and the windows of heaven were opened” (Genesis 7:11). Unimaginable catastrophic forces broke open all at once. Earthquakes unlike anything recorded in history triggered fault lines that reach around the world. Powerful physics exploded as whole mountain chains were broken off the foundations to the mantle could shake violently and then move across very low slopes. The Plate tectonics broke loose the bonds of one continent to split and move rapidly, the borders across vast spaces to where they are today. Plate movements then were monumental by the power to do rapidly what slow movements observed today could never accomplish. India broke off from the combination of Africa, Australia, and Antarctica, and moved northward to crush into the Euro-Asian plate guided at the fastest rate of any of the coursing plates, With nowhere else to go, it rammed, plate to plate, forcing upword the highest mountain ranges on the planet.

With the movement of Plate tectonics, the action that is so catastrophic, it stirs the mantel rocks like water boiling in a pot. A convection cycle where the ocean crust is pushed down under the great continental plates and cycles around rising back up to where it causes spreading of hot magma rocks to form new ridges. You have seen the illustrations of the Atlantic ocean with the Mid-Atlantic ridge. The Pacific basin is ringed with many volcanoes on the borders. Actually the whole of the Pacific basin is filled with tens of thousands of volcano roots called Sea Mounts.
The flood itself is beyond comprehension globally. How did that occur and what is the evidence it formed? Yes, the purpose of the flood was to kill all mankind and land animals, marine too. Fossils are evidence of death. But, they are only formed as a fossil when buried rapidly. There was no time for delicate tissues to decompose. They became absorbed into the rocks. A fish is seen eating another. Another fish is frozen in time giving birth. The story of the flood is far greater than I can write one issue for you to read.

A paramount concept to remember is, The Flood, and all that goes with it, was a judgment of mankind. Mankind has misrepresented the actions of judgment by the flood to be warped into their own terms called evolution. The character of God is maligned to unfair, unjust that only reflects their own nature.

We have witnessed actions never before thought possible in an election process. Never would we fathom that the church could be made vacant on Sabbath day, or radically altered how we use the church. It is foreign to our sense of worship to God to be separated and distant. What has been forced upon us, doesn’t change our message or mission. The same God who judged the world by flood is returning for a similar judgment globally.

There will not be another flood. That is the promise of God. There will be a judgment of fire and the mountains will sink. The cities will fall. Think of it, in the flood, people were taken by storm. They were indifferent to the message. Do we today think of the coming of Jesus as His coming in the clouds and then we will be okay? This is true, but there is more with it. Some believe Jesus will come and split the Mount of Olives and set up a kingdom on earth. As a church, as a people, how do we relate to the coming of the judgement of God. Jesus is coming, soon, with power and glory.

“… the heavens and the earth which are now, by the same word are kept in store, reserved unto fire against the judgment and perdition of ungodly men” (2 Peter 3:7).