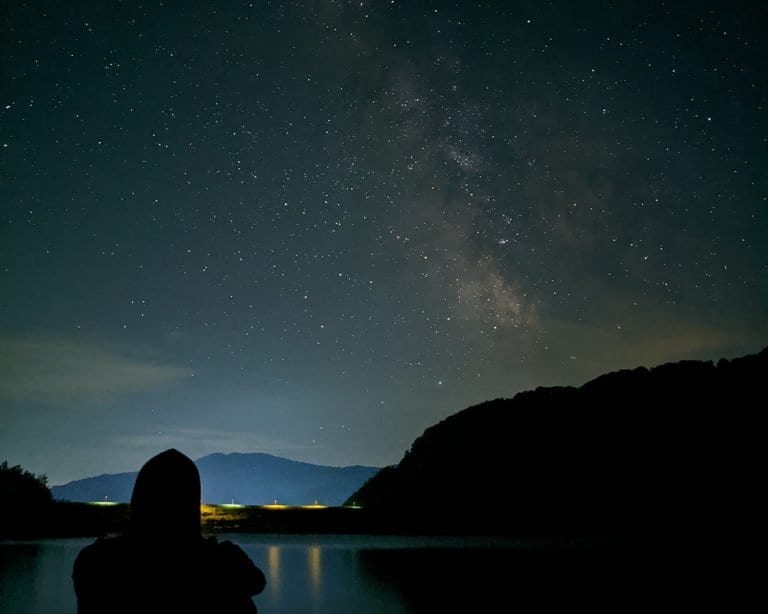 By Nels Angelin / Photo by George Dumitrache on Unsplash

I saw a real glory of God from the window of the plane while flying west for a family reunion in California. It was the promise of God in His rainbow seen only as you find it in the clouds. The early morning glow was in the cloud as we rose up. It is a sight that is seen only for a moment of time. The sun was shining just right upon rain droplets and there it was. A rainbow in a perfect circle with the bright glow of the sun embedded in the center. And then for only a brief moment, a perfect shadow of our plane right in the center of the rainbow. God’s promise was in that bow, I would be safe in His hand. Yes, God’s glory is telling in the heavens. What do we hear Him saying?

It gets really amazing to look up into a dark night filled with stars everywhere. The marvel is there are so many stars in the sky to tell us our God is the Creator of them all. Let’s focus on the grouping of stars other than the constellations. This grouping is called clusters or even globs. That is a real tricky term, isn’t it? Great globs of stars. Yes, there are globular clusters all packed in looking like a big bag of stars and they must be touching one another. I have mentioned many times that the universe is very, very big. Men have accomplished a big trip to send their spacecrafts billions of miles to the outer reaches of our solar system. That is just a system for one star, our sun.

The journey is much more extensive to attempt to travel on to the next nearest star 4 1/2 light-years away, let alone any other star in any other direction. That is a monumental challenge from our vantage point who know nothing of any travels by light.

Let’s get back to the globs of stars, I present a globular cluster from Hercules, M13. I remember while scanning across the sky and looking for it. Where is this glob of stars? When can you see it? Here is a guide. It is easy to find the Big Dipper. Remember a familiar guide is to follow the handle of the Dipper to “arc over to Arcturus. That is a bright star. Then remember the Summer Triangle stars, Vega, Deneb and Altair. Vega is good and bright. Halfway between Vega and Arcturus is Hercules. It should be visible almost all year.

How big is M13, how many stars are there? That depends on how close you look. The NASA Hubble picture will challenge you to count them. It is said to contain over 100,000 stars and spans 145 light-years in diameter. They are closer together than our nearest star neighbor, say, only a light-year apart, so, a good 6 trillion miles apart on an average. A familiar Earth and Sky commentator, Adam Block, reported about its compactness at the core central region, with up to a hundred stars populating a cube only 3 light-years on a side. The Hercules constellation has a Keystone asterism of 4 stars at its heart. M13 is at the top right of the keystone. It is interesting that NASA has reported that they sometimes collide with one another to form new stars. The Hercules cluster is tightly packed to be sure but it has not been observed by anyone to see any star collide and form another.

Star formation as for our own Sun and the planets with us are favored to explain our origins by a tightly packed cloud of gases and rocks coming together under the weight of gravitation to condense first, and the concentration of hydrogen and helium gases to create the Sun. So goes the theory to be totally divorced from the presence and prerogatives of God. Gases do not condense under gravitation, they disperse outwards, not condense inward. Collisions, particularly larger objects have catastrophic breaking apart to destroy, not combining to create. Much is the less to explain the mystery of life apart from God nor any conditions that could produce life.

The best council is, “Casting down imaginations and every high thing that exalteth itself against the knowledge of God, and bringing into captivity every thought to the obedience of Christ” (2 Corinthians 10:5).