The Glories in the Heavens are Telling – September 2021 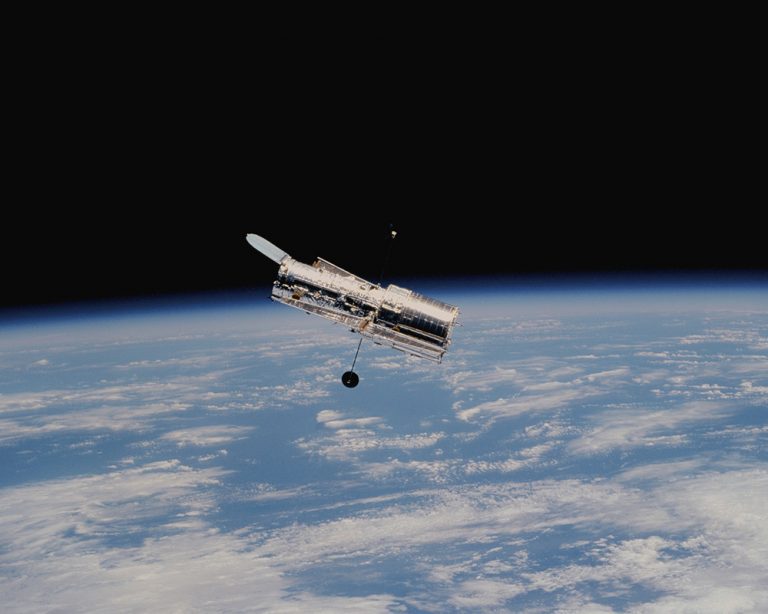 By Nels Angelin | Photo by NASA on Unsplash

The imaginations of men are quite amazing in many wild ways that have been invented when it comes to space and the universe. All the universe as far as can be seen is filled with wonder. It is not surprising that imagination and fantasy are allowed to grow. There is a lot of attention being given to bigger and better rockets to explore space in our own neighborhoods that are tiny in comparison to the universe that is infinite.

The very mystery of life itself and other wonders are what drives the minds of men to dig deeper than they have been given to explore. But then, it is said that the dreams of science fiction only uncover the means of science fact—so it is said. That is how it was that Lucifer could stray from being the closest angel to the very presence of God but then become the adversary against and in place of God. It is not surprising then, that men are now taking that same course in their quests to explore and stretch their inventions and capabilities outside of this world to claim to be “unshackled” from the moorings of religion and God.

It is amazing how close to the truth error can be when the favored errors are permitted to expand and the minds of men are consumed to eliminate any reference to God, or by using the powers of God they willingly use the laws of God (termed to be the laws of nature) which they must use in order to advance the exploration into the unknown. With their tools of the trade for exploring space, the art of fantasy works overtime to map out the objectives to conquer the worlds of our solar system to fit the mold of their presupposed expectations for the design of life. Truly there are glories in the abundance and variety of diversity around the sun. In all the quests to explore, there are found more questions than answers.

One example that amazed me came from the Casini space probe destined for Saturn. It was found as a surprise to the investigators, both Europa at Jupiter and Enceladus around Saturn, each little moon sported great geysers of water spraying into space a hundred miles high. Each of these moons is smaller than our own moon. Europa is 90% the size of our moon, Enceladus is only 313 miles in diameter yet both display a slight atmosphere. These will be visited again starting within the next year. These icy moons are cold, like -370 deg. F. The excitement got their attention. What I took notice of was, as with Europa, it was determined that the crust of the moon was about 15 miles and, then a subsurface ocean extending perhaps 60 miles in depth. Relying on their instruments in fly-by the determination was made that a moon world smaller than our own moon holds liquid water two to three times all the oceans on Earth. On top of that, Europa holds a tenuous atmosphere of oxygen. The excitement is understandable but the route for glory appears to elevate their own glory never the glory of God.

Remembering the biblical account of the flood in the generations coming out of the ark, eight souls had ridden out the ravages of the catastrophe that was the judgment of God. how quickly was the seed of sin duplicated again when new generations would invent an excuse to build their edifice that would reach beyond the reach of another flood event, should it cover the land as it had. Their action was a slap in the face of God with a deaf ear to ignore the word of God that He would never again use a flood in judgment again. Moreso, their weakness of judgment to recognize the fact that the judgment of God was fully tailored to fit the very nature of the sin and refuse the love of God.

So, again, are the actions of men today. They boast their abilities to navigate space and even think to invent ways to redesign worlds to be inhabitable that are not made to be inhabited, and their excuse for reasoning to take the prerogatives of God to their own choosing is, “because of the global warming of Earth”, and their statement that, “should Earth suddenly begin to become uninhabitable, we would have nowhere to go to escape the inevitable”. Once again, men prove their blindness that the residual effects of the previous judgment of God can lead to the return for the need for judgment.

This reasoning takes the “pioneering spirit” in the direction to explore how we might go to other worlds to inhabit. Man today has the ability to become a multi-planet species. It is not out of mind to reach for the stars, it is just not in the capability of “technology” to reach that far at this time. But, we can reach out to our neighbor planets to terraform them to be livable as it has been on Earth. The word form “Terra-” refers to “earth-like”. The first that comes to mind is Mars as the closest and most like earth to populate that man can choose to become a multi-planet species. Mars is about half the size of the earth and yet contains a lot of real estate needed to manipulate. The imaginations do not end there at Mars. Oh, yes, the Moon has not escaped the notice of men to terraform and populate. It has been over 50 years since we visited our moon. The objective now is said to be; when we go back to the Moon, we will go to stay. The moon makes a good launching pad to move out to other worlds and even the stars are in the sights. We have visited all the planets of the solar system. The workbench of imagination and invention indeed includes looking to Venus and Mercury to explore deeper to change and to “terraform.” Geysers seen on the moons of Jupiter and Saturn, Europa and Enceladus, are soon to be visited again with objectives to explore life.

Notwithstanding, these objectives in space are fully in the capability of men; to take their vehicles outward-bound to reach their targets is a present reality. They are expensive, but that does not deter the quest. Have you noticed one universal fact? None of the other worlds in our solar system have been made to be inhabited. That does not deter the quest. Lucifer/Satan sought ambition to be God. Men are seeking the prerogatives that belong to God alone. As ambitious as the plans of men are, they will not ever achieve the ambition. It is absolutely true that Earth is soon to become uninhabited. Men claim global warming is changing Earth. The claims are mixed with truth and error, more error than truth. Changes on and in the earth have roots back to the previous judgment of God. The cause of the judgments of God which totally destroyed Earth was totally fitted to the choices and actions of men that warranted the action of God. This will come again one last time to bring the population of Earth again to zero. There will be those who will leave Earth for a specified time, not by their own inventions, but, by the hand and voice of God with the love of God for those who love God.

If we pray a common prayer, “Lord remove the cobwebs of sin from our heart…” We should be specific in our prayers, but God will answer that prayer, only specifically He will be removing the spider we too often encumber in our hearts too frequently.

Sin has wages, and the system with the wages which is death, God will end. The imaginations of the mind will be ended that choose to walk away from God. The plan of God will finally be affected to the family of God in the promise from God.

“What do you imagine against the Lord? He will make an utter end: Affliction shall not rise up the second time” (Nahum 1:9).

Plan Now for Our Fall Campout