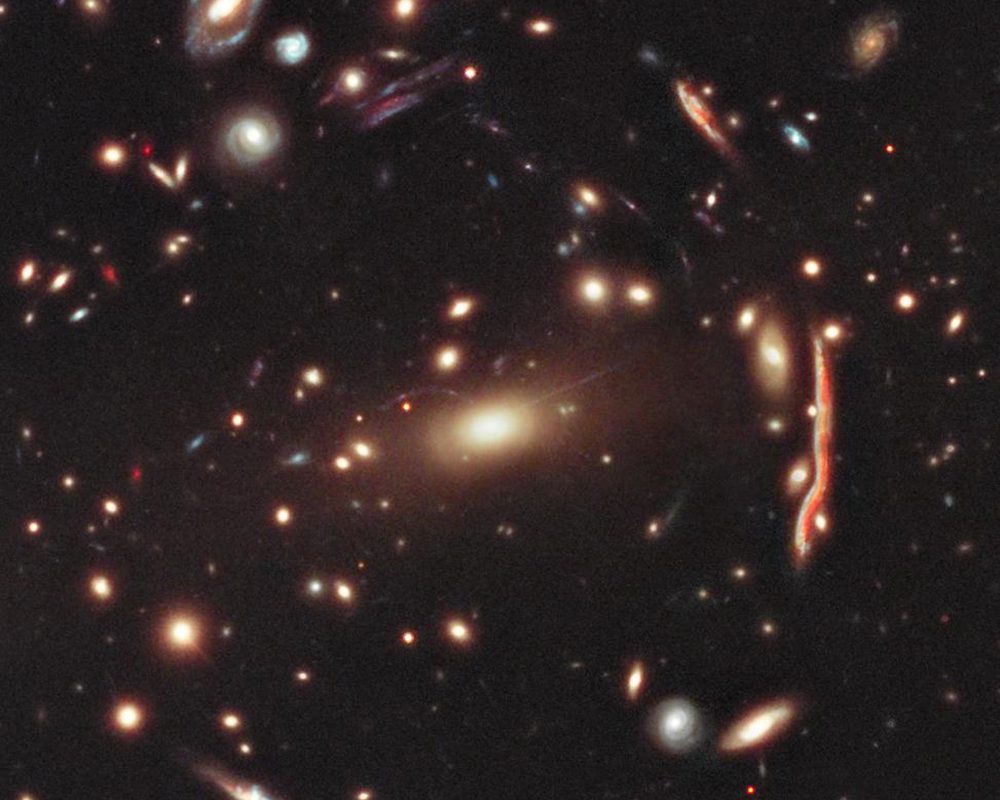 It is now the time of year to see in the evening, while the sun is low in the sky, a glow of light 22 degrees left or right of the sun, if not both sides. High in the atmosphere about 50 miles up, ice crystals can refract the sun’s light to appear like an extra little sun. In cold arctic skies it can be seen as a bright halo surrounding the sun. We call them sun dogs. Have you seen one yet? The moon, too, can shine a halo of light on a frosty night. It has been said if you see stars within the moon halo, the number of stars in the halo tells the number of days until it will rain again. Pretty to see, but not as reliable for a forecast, I would say.

For this series this month, I would like to try something different. Call it a debate or a review of a feature article in my Astronomy journal from May 2020. The science community—generally, and broadly—is consumed by cosmology, or cosmogony to state of the heart of evolution as being a fact. The keystone of grand assumption is “The Big Bang” theory. It is the philosophy to arrogantly deny that God is the author of the universe. I have observed how the authors of science topics occasionally attempt to speak in honest terms that the philosophy could be suspect, or attempt to present a balanced view of things so broad and never to have been seen. None of it can be duplicated in a laboratory. The curious thing is, I notice, anytime the theory is questioned, the position will come immediately back to the original assumption. Never is the theory abandoned. Most likely this occurs with no intention to call in question a “science fact,” but to preserve personal standing in the science community. This article caught my attention by the sheer volume of contrasting terms that call standard theory into question. The article had to have importance; it made the cover blurb for its title. “Cosmic Mystery: Why the Big Bang is still stumping astronomers.” (You can read the article here: https://astronomy.com/magazine/news/2020/05/is-the-big-bang-in-crisis)

The author, Dan Hooper, opens with a question: “Is the Big Bang in Crisis?” Hooper established his conclusions with his opening salvo. “A series of powerful observations has made it clear that our universe has expanded for billions of years, emerging from the hot, dense state we call the Big Bang. Over the past several decades, new types of precise measurements have allowed scientists to scrutinize and refine this account, letting them reconstruct the history of our universe in ever greater detail.” He notes that these measurements even include “when the first atoms formed.” He writes, “The lines of evidence support the conclusion our universe evolved in just the way the Big Bang predicts.”

Then comes the other viewpoint. He begins the next paragraph, “But, cosmologists have struggled—if not outright failed—to understand essential facets of the universe.”

You have heard of dark matter and dark energy. Not a vestige of any has been seen, it is theory, yet together these nebulous items comprise over 95% of everything. Normal matter (you, and I, and what we see) is less than 5%. No wonder the bang was big. The “Big Bang” is a term originally coined by Sir Fred Hoyle early in a BBC radio interview, 1949. Curiously Hoyle birthed the term more in derision of the cosmology that was advanced by Georges Lamaitre from about 1930. Hoyle envisioned a steady state universe not expanding.

So, we come to where we are today in the advancements of the investigations into the expanse of space and time. Hooper continues the story to explain the thinking of more of the pieces they look for. “Despite not knowing much about the nature of dark matter, cosmologists often speculate about the kinds of particles that might make up the substance.” Notice the language that is used to describe what is not, has not, been seen. Pictures are shown of stars and galaxies and then add color over the image to represent the arrangement of what is not seen but assumed to be “clearly measured.” Filling in the gap of what is not seen, innovation comes to aid what they must be looking to find. The illusive particle bares its name from the imagination of invention. So, all the dark matter is helped to be filled with WIMPs—weakly interacting massive particles—the best guess for the nature of dark matter. You know what, I still can’t see it!

In the 1960’s I saw some of the equipment being used in Berkley, California for smashing atoms with accelerators to find the tiniest particles in the name of science. Greater underground detectors have been built in this country and in Europe, yet, “difficult to detect WIMPs” lack detection. Axions are another proposal, but it is more of the same philosophical imagination with no more light than any other quirk that fits the emptiness of conjecture. The best that Hooper offers is “The first moments of the universe may have played out much differently than cosmologists have long imagined.”

I fully agree. He continues, “This era [the first trillionth of a second in the Big Bang] is hidden from view, buried beneath impenetrable layers of energy, distance, and time.” Further, “Our understanding of this period of cosmic history is, in many respects, little more than an informed guess based on inference and extrapolation. Look far enough back in time, and almost everything we know about our universe could have been different.”

In writing about the Hubble constant—one of the measurements being studied—Hooper notes that cosmologists “have to make assumptions about the amounts of dark matter, neutrinos, and other substances that were present.”

Continuing, “Perhaps the simplest way to explain the tension between the different measurements of the Hubble constant would be to hypothesize that the cosmos contained more energy than expected during the first hundred thousand years or so following the Big Bang.” Give or take a few million or billion years, or so. You see, for the cosmologist, time–vast time—is the elixir of imagination.

The conclusion from Dan Hooper is, “Is a revolution coming?”

The story told can fit the same mold as it ever has when the mystery is packaged into a box limited to an unaccountable early “moment” of the story. “Honesty” can be conceded when there is no change to the overall theory. The status quo rules where there is no change and there is no God. Admirers of the theory praise that science is served.

The only satisfaction to understand the origins of the universe is to know who is the Author and that He is the finisher of faith. And that God is coming again to set the record straight.

Remember when Nebuchadnezzar had a dream from God? The theorists of the time wanted the king to tell them the dream so they could provide or make up a story for an explanation and save their skins. Only Daniel could open the mystery of the truth of the dream with access to the source of the intelligence. The time has come today for the message of God to reach the conclusion. It is high time for the watchmen on the wall to give the clarion call. This is the time today to be ready and have the oil of the Holy Spirit. The Master is coming! Do not forget where we must be when the Master returns.