The Glories in the Heavens Are Telling – December 2021 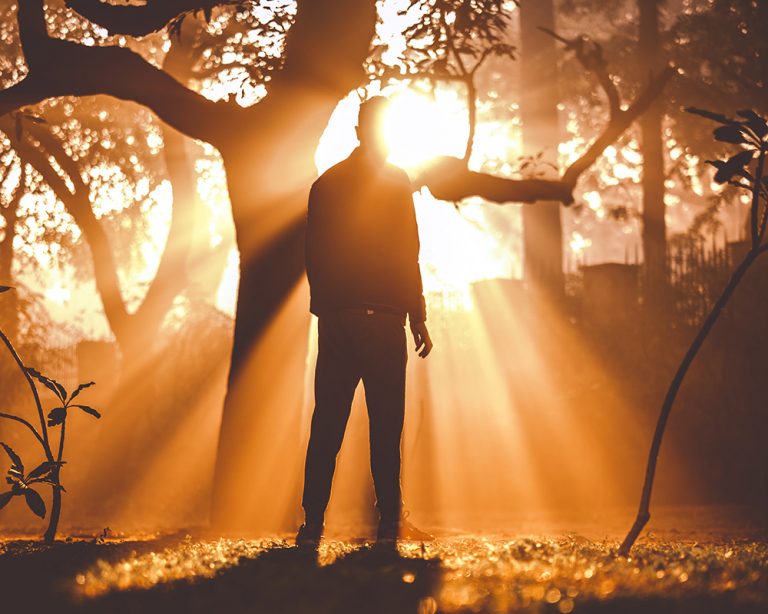 I have a treasured story and poem that has given me wonderful inspiration and marvel of all that is in God’s endless universe. This story I found in the marvelous booklet from the Voice of Prophecy many years ago. It is a word picture presentation from a German poet, Richter. A man is featured with sanctified imagination taking an angel-hosted trip through space that will quickly advance beyond the barriers of light speed and time. Glorious vistas loom ahead and are quickly gone and the next comes in unending succession. Fasten your seat belt, the story is begun. Great is the glory of God.

“God called up from dreams a man into the vestibule of heaven, saying, ‘Come thou hither and see the glory of My house.’ And to the servants that stood around His throne, He said, ‘Take him and undress him from his robes of flesh, cleanse his vision and put a new breath into his nostrils, only touch not with any change his human heart — the heart that weeps and trembles.’ It was done, and with a mighty angel for his guide, the man stood ready for his infinite voyage; and from the terraces of heaven, without sound or farewell, at once they wheeled away into endless space.

“Sometimes with the solemn flight of angel wing they fled through zaarahs of darkness, through wildernesses of death, that divide the worlds of life, sometimes they swept over frontiers that were quickening under prophetic motions from God. Then from a distance that is counted only in heaven, light swept to them, they by unutterable pace swept to the light. In a moment the rushing of planets was upon them; in a moment the blazing of suns was around them.

“Then came eternities of twilight, that revealed but were not revealed. On the right hand and on the left towered mighty constellations…that seemed ghostly from infinitude. Without measure were the architraves, past number were the archways, beyond memory were the gates. Within were stairs that scaled the eternities below; above was below — below was above, to the man stripped of gravitating body; depth was swallowed up in height insurmountable, height was swallowed up in depth unfathomable. But they passed beyond system after system, infinity after infinity, until the human heart sank and the man cried out, ‘End is there none of the universe of God?’ “

“And this echo found no answer. They moved on again past immensities of immensities, and eternities of eternities, until suddenly as they swept over myriads of worlds–a mighty cry arose–that systems more mysterious, that worlds more billowy, other heights and other depths, were coming, were nearing, were at hand. Then the man sighed and stopped, shuddered, and wept. His overladen heart uttered itself in tears, and he said, ‘Angel, I will go no farther; for the spirit of man acheth with this infinity. Insufferable is the glory of God. Let me lie down in the grave and hide me from the persecution of the infinite; for end I see there is none.’ And from all the listening stars that shone around issued a choral voice, ‘The man speaks truly; end there is none, that ever yet we heard of!’ ‘End is there none?’ the angel solemnly demanded. ‘Is there indeed no end?’ And is this the sorrow that kills you?’ But no voice answered that he might answer himself. Then the angel threw up his glorious hands to the heaven of heavens, saying: ‘End there is none to the universe of God. Lo, also there is no beginning!’”

“Alone with God in the evening,

When are past the cares of the day,

And the hot, flushed clouds of sunset

Have faded to sober gray!

The troubles that weighted my spirit,

In the hush of the darkness cease.

I’m alone with God in the evening,

And my soul is filled with peace.

“Alone with God in the evening,

But memory’s thoughts will stray

Perchance to the duty I did not do,

Or the word I did not say,

And I think of the vanished chances,

With a tender and sad regret.

Ere the sun of the day was set!

“Alone with God in the evening!

Is the record dark or fair?

That has gone all day to the gates of heaven,

To be recorded there?

I think of each sinful action,

With Throbbing heart and brain;

For the day that has gone to eternity,

I never can live again.

“Alone with God in the evening!

I fall on my knees, to pray

That He, in His tender, pitying love,

Will forgive the sins of the day,

And a peace settles down on my spirit,

I’m alone with God in the evening,

And to Him I am reconciled.”