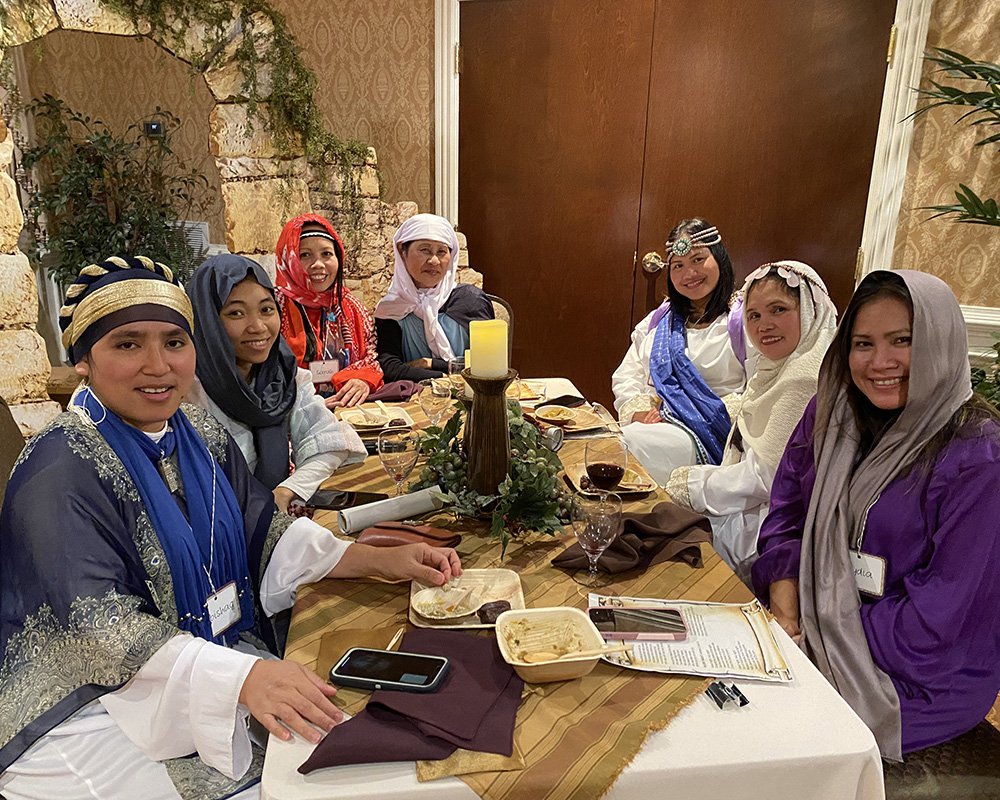 McDonald Road Church transformed into an inn on the streets of Bethlehem on Sunday, December 5, 2021. Called “A Night in Bethlehem” and hosted by our Women’s Ministry team, the event invited participants to arrive in Biblical attire and experience the night that Jesus was born in Bethlehem.

Each woman was given a Biblical name and biography for the night. For example, she could be given the name Hannah and told that she is married to Simeon. She has 8 boys and 2 girls and they’ve traveled from Jericho.

With their Biblical characters in mind, Carol Wheeler presented the program where attendees became travelers for the census who were staying at the inn, being entertained, and dining. During their stay, Mary and Joseph arrived and were sent to the stable because there was no room in the inn. There were visits from the shepherds and the wise men, and Roman soldiers came to keep the peace. A temple tax was also collected, which will benefit our sanctuary remodeling project.

Food was inspired by simple Biblical fare and the Pathfinders served the meal and acted out parts of the story, led by Andrew Myaing and Amy Nicholas. The Baldodano family led the singing.

Many thanks to everyone who participated and helped create A Night in Bethlehem!