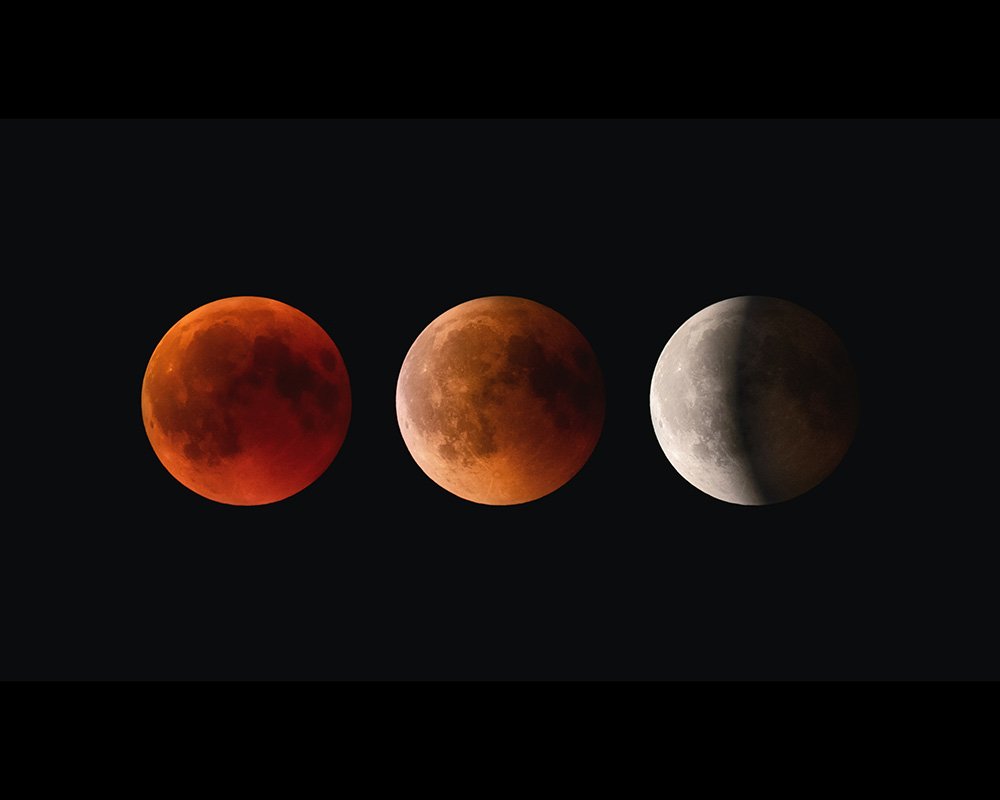 By Nels Angelin | Photo by Claudio Testa on Unsplash

Glory be to God in all that God has made for us to see that He has made and no other can deny. But, men do. It is a wonder to see in the night sky as deep as we can look and there is more and more that can be seen. Just to look up and see the familiar stars and asterisms that are familiar to find our way across the cosmos of glory. Even in our light-polluted skies, or just cloudy, it is a joy to see old friends. It is the same as the Psalm of David. “When I consider Your heavens, the work of your fingers, The moon and the stars which you have ordained, What is man that You are mindful of him” (Psalm 8:3,4). Oh yes, the glory of God has been ever near to me all of my days when I have been near to God, and not.

In May, we had a wonderful view of the Moon on May 15 and 16. The Moon was eclipsed by the shadow of Earth. This eclipse was called a Super Flower Blood Moon. Super because the Moon was nearer to Earth and marginally bigger. Flower, because I guess for the time when many flowers are new and fresh from Spring. A Blood Moon because the Moon turns red when it is immersed in the depth of Earth’s shadow. The Sun shining behind the Moon filters through our atmosphere from all the sunsets and sunrises and thus projects onto the Moon the red bathing of the red color. It was interesting to see the dark shadow creep across the Moon to “eat” it up. But, as the shadow approaches to finish its bite, the Moon takes a dramatic change. Its entire face becomes lightened with an iridescent glow of red or orange! what a treat to see it happen. It is a reward for the time of watching. I saw the glowing disk appear with a brighter ring on the edge to shimmer with a special glory we don’t regularly see. Really, it is more dramatic to see it in person by looking up than watching pictures that are made for convenience. If you missed it, there will be another display in November this year.

Another event has been promised a forecast of a meteor shower on May 31 at 1:00 am. True it is, the event is already past for a July issue. As I am writing, it is still to come. The real test is if the prophecy comes true. I heard it said it could produce up to 40 meteors per second. That would be a treat worthy to see. I will have to remember to report if the prophecy lives up to the call. The Bible is the true source for prophecies to heed. The Leonids were faithful and on time when they came on November 13,1833. The sky filled with shooting stars for two full nights of November 12 and 13.

The purpose for my writing today does have a deep significance I want to open my mind to present a picture I have seen. I found published in the world of science a contrast of faiths. There is a message from the secular worldview versus that which is a spiritual worldview from God. The secular worldview likes to take a bold approach as they call it Naturalism, or of Nature. I see that as a pretty mask for hiding the name for what it is, Atheism—to leave God out, or in reality, to reject God. From one of my astronomy journals, I noticed the approach of how “science” is presented as, “how the cosmos came together.” “…the assembling of the Universe.” In other words, the universe creates itself. The opening line in the article, “The Very Hungry Universe” by Arwen Rimmer (Astronomy, June 2022) states his position, “Accretion is one of the fundamental processes in the cosmos.” He continues, “Accretion creates everything there is: galaxies, stars, planets, and eventually, us.” In other words, there is no God to be found in the farthest reaches of space. Or, as one purported Christian organization states, evolution is how God creates.

Not a single example can be found in any of the processes mentioned, for you see, the golden nugget of universal evolution is—time. Long periods of time. It is the accepted value of empirical education. But you see, science is taught almost universally that evolution is now a fact as a world-view. How do we relate to this philosophy? Where do we stand as a people, as a church? Openly, surely, we deny the notion. But, remember, the adversary works skillfully in many ways not to be recognized. Would it be surprising where this philosophy has taken its root? Catholicism has embraced evolution in its stated policies as the way God created and creates. That should not be too surprising. I have heard it expressed even in our own ranks but, I would pray that it would remain rare and individual and not in any policy.

We are very near to the greatest glory of God to ever come to planet Earth. It is time for the conclusion of the prophetic chain of events. Crisis after crisis will continue to attempt to mold our behavior. “Crisis” is the plan of the current administration to find repetitive crises to meet their agenda that they may provide the solution. The trouble is, you can depend on the solution will be another disaster and further weakening of our nation. The time before us is the more urgent now. We must know and respond and hold fast to what God has given to us specifically for this time when history will end. It had better be getting our attention for how we relate to what God has told to us. The three angels’ messages and the close of human probation are loudly shaping up. Are we going to hear this message in the church? Or, are we no different than any other church that is silent to the message of God for this time?

Israel was a chosen nation. “Ye shall be a peculiar treasure unto me above all people…and you shall be unto me a kingdom of priests and a holy nation” (Exodus 19:5,6) Israel was commissioned and failed by looking only to themselves, not to God, to fulfill their calling to be special. Israel crucified their Messiah. Peter repeated the message to followers of Christ. “But you are a chosen generation, a royal priesthood, a holy nation, a peculiar people of God” (1 Peter 2:9). The prophetic word said the followers would start out strong but change colors (in the seals) as the movement would lose its way. The story has not finished that way yet. Noah was a preacher of righteousness and God effected a reset for the world by the flood starting the reset with 8 to continue history. But their history has failed generally by sliding backward. Israel failed by taking their own righteousness instead of God’s. Christianity failed, entering the dark ages just as was prophesied to receive a deadly wound that would become healed. Ah, and when was that wound healed? Actually, it was reinstated as a nation again but the wound is not yet healed. Do you realize that part of the prophecy is yet to take place? The papacy took its power from the union of church and state. The state enforces its dogmas. That is where they are headed today under the guise of care for the poor, family, and climate change.

Do you think it is important to hold fast to the prophetic message that has made us different, special, and to be a holy priesthood in the world today? I have heard Adventists say they do not believe in the investigative judgment teaching. Will the three angels’ messages still be proclaimed and taught in our midst? Or, will we be content to be as other churches are? “The heavens and the earth, which are now, by the same word (the story of Noah) are kept in store, reserved unto fire against the day of judgment and perdition of ungodly men” (2 Peter 3:7). Salvation and judgment are powerful glories of God to be told and experienced for this day—Maranatha.

Please note that opinions expressed in The Manna are solely the authors’ and do not necessarily reflect the opinions and beliefs of the McDonald Road Seventh-day Adventist Church.